Learn more about upcoming events at The Hearth! 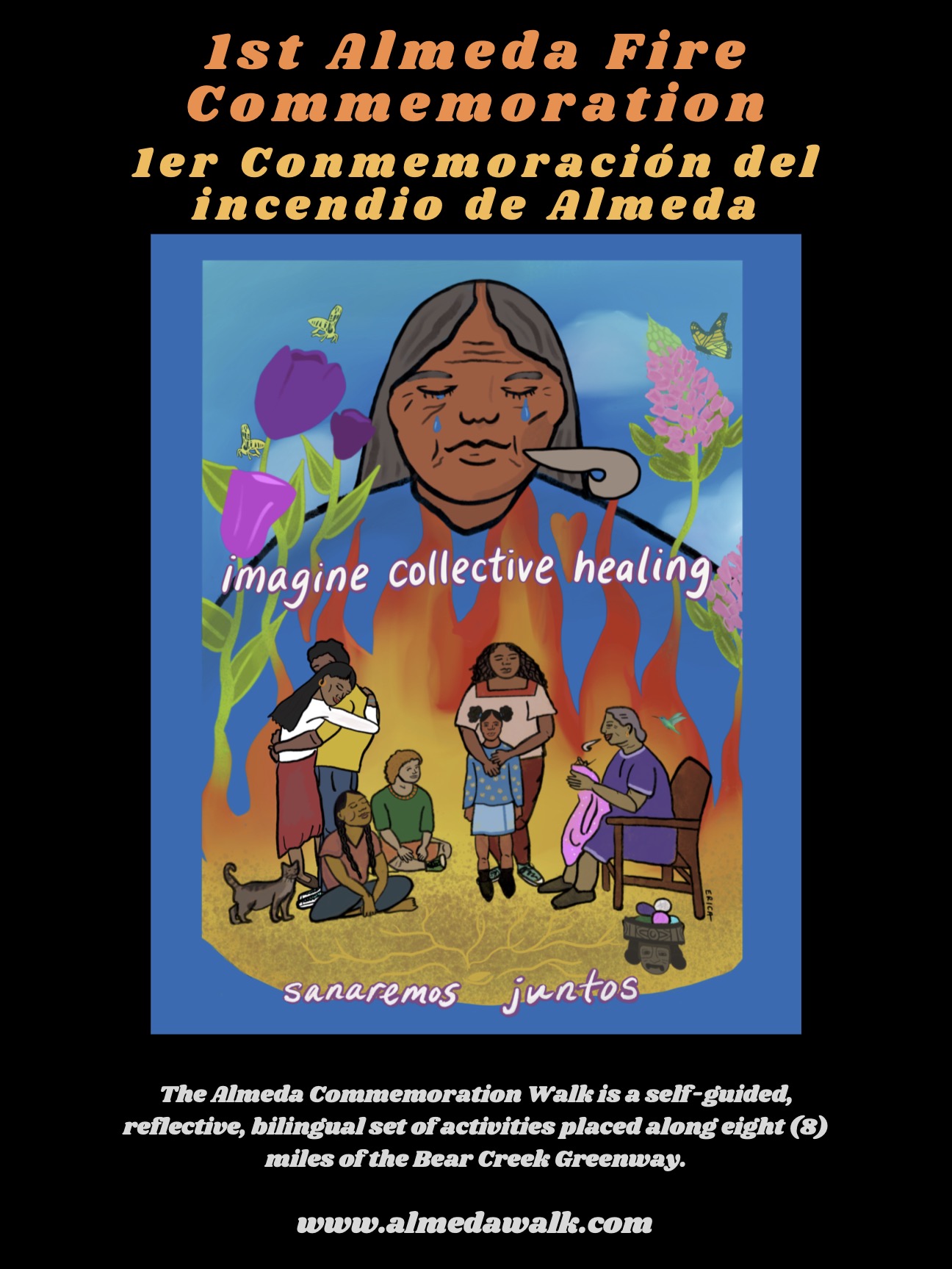 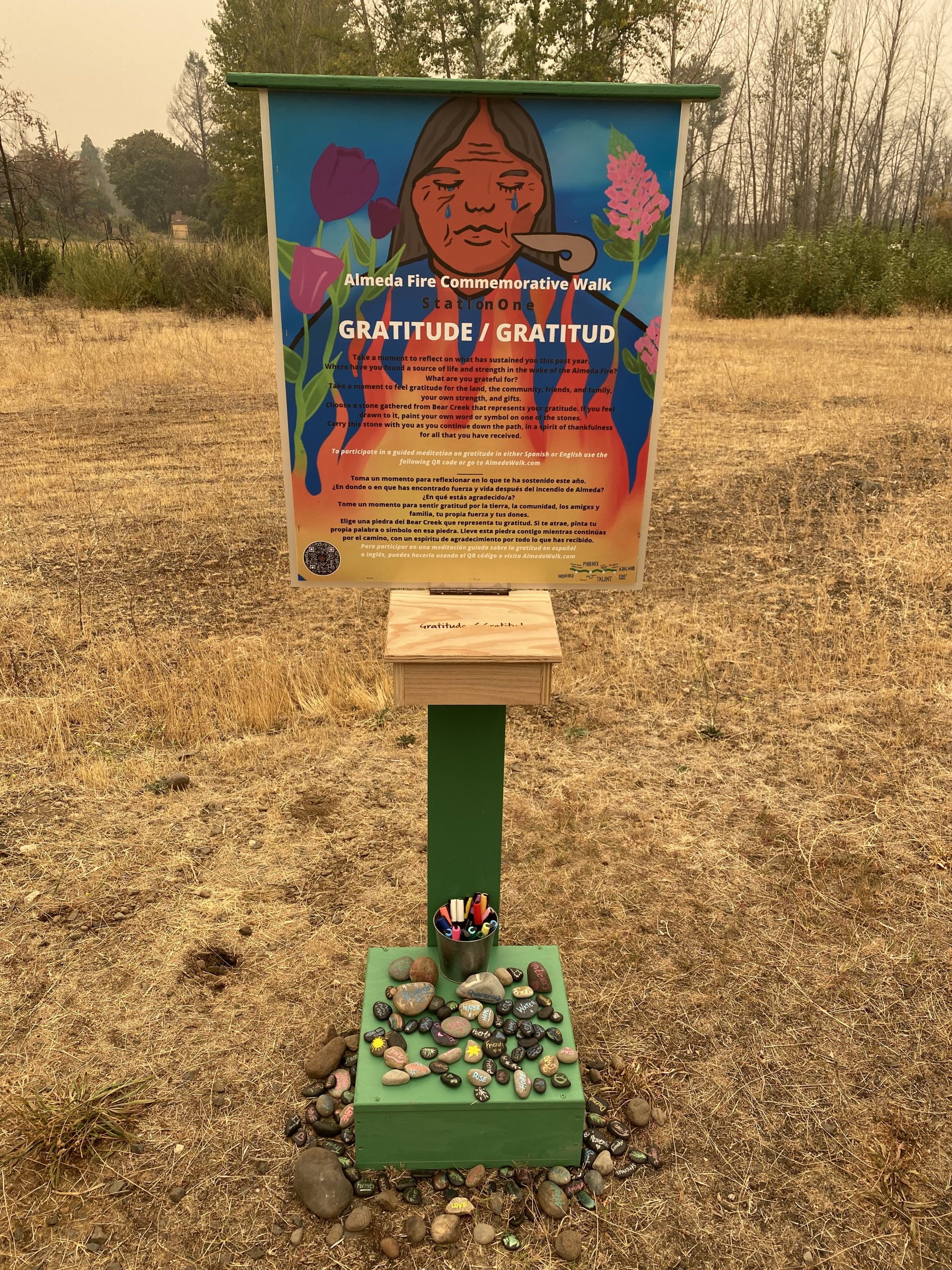 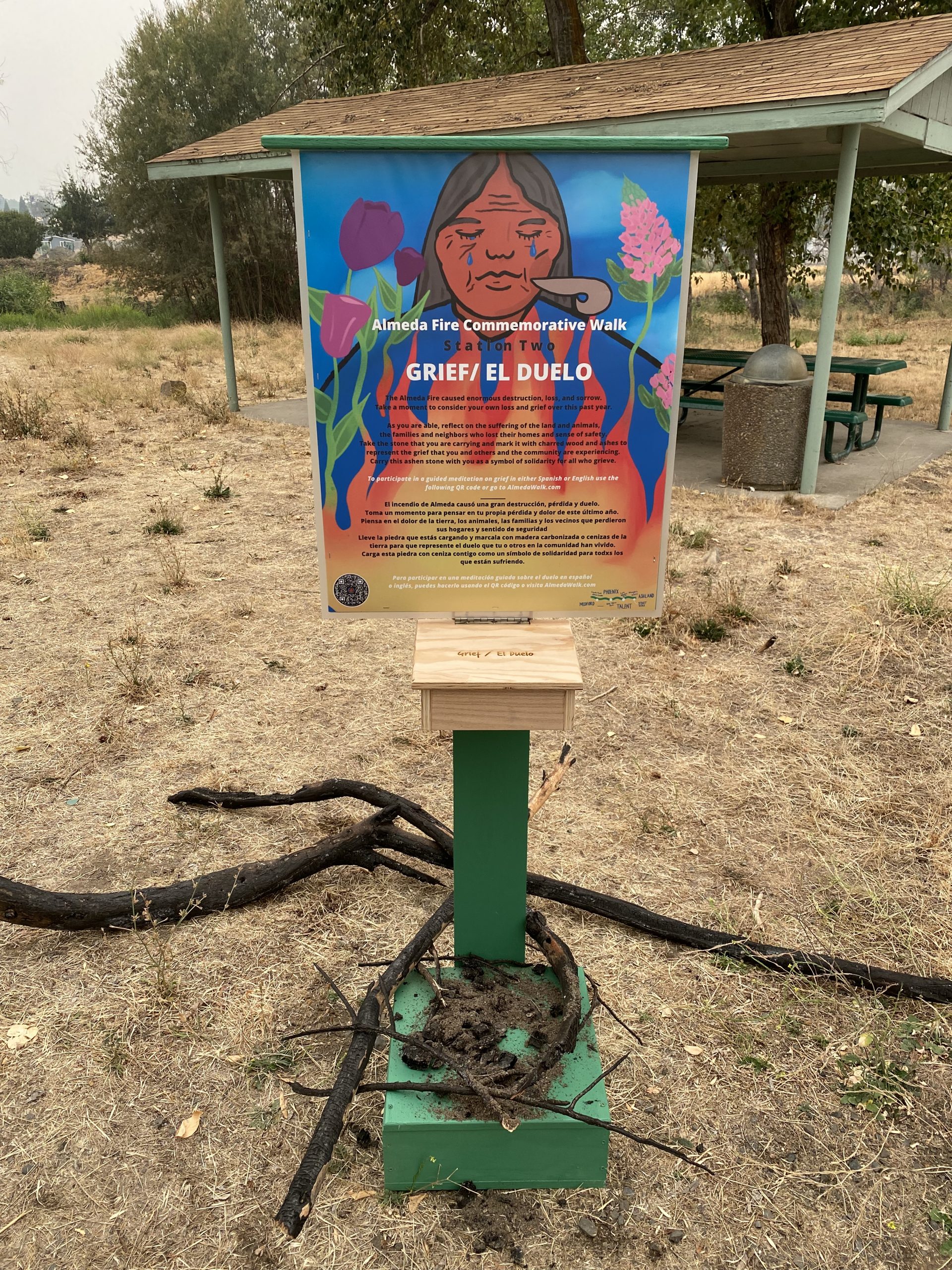 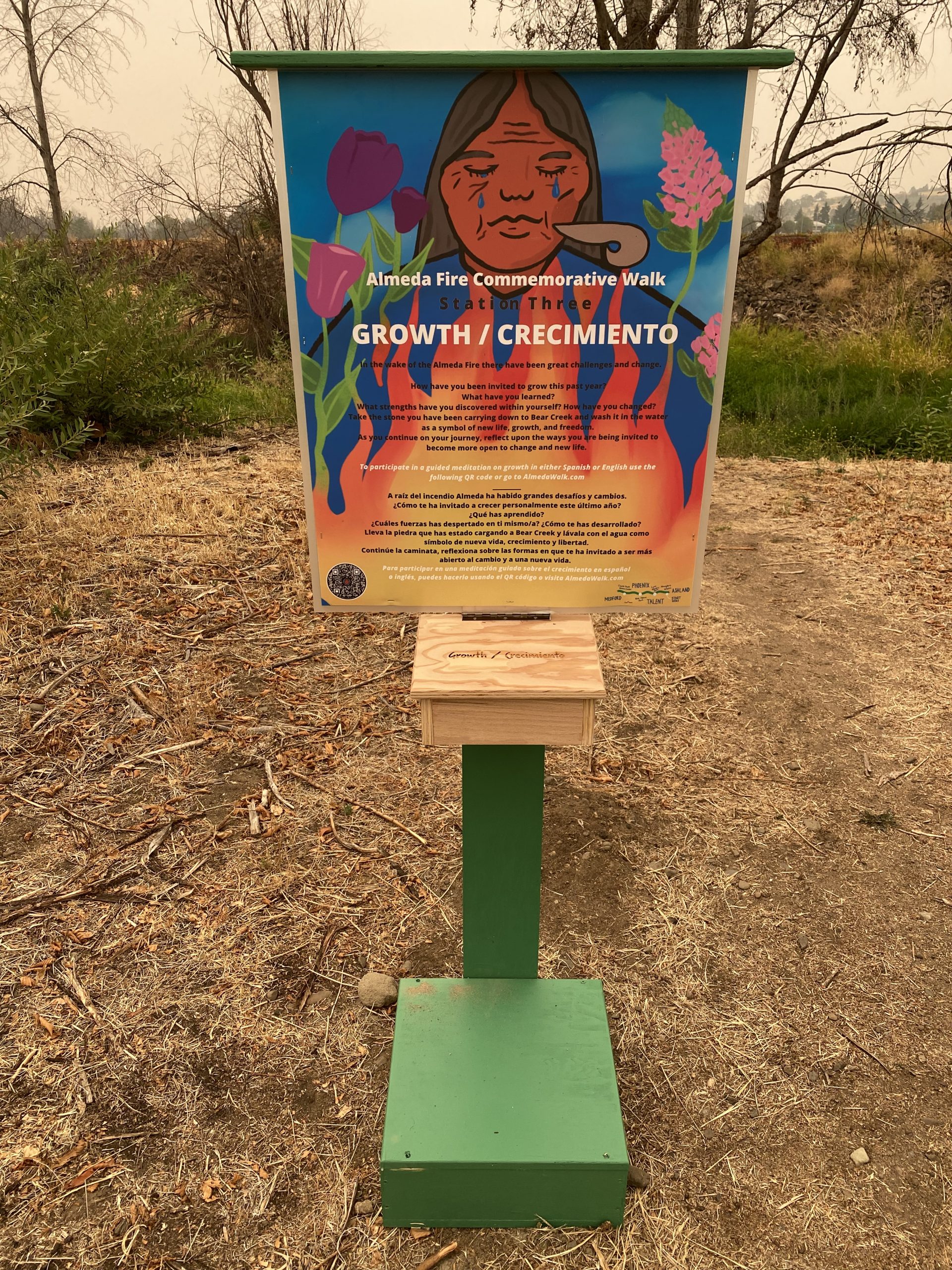 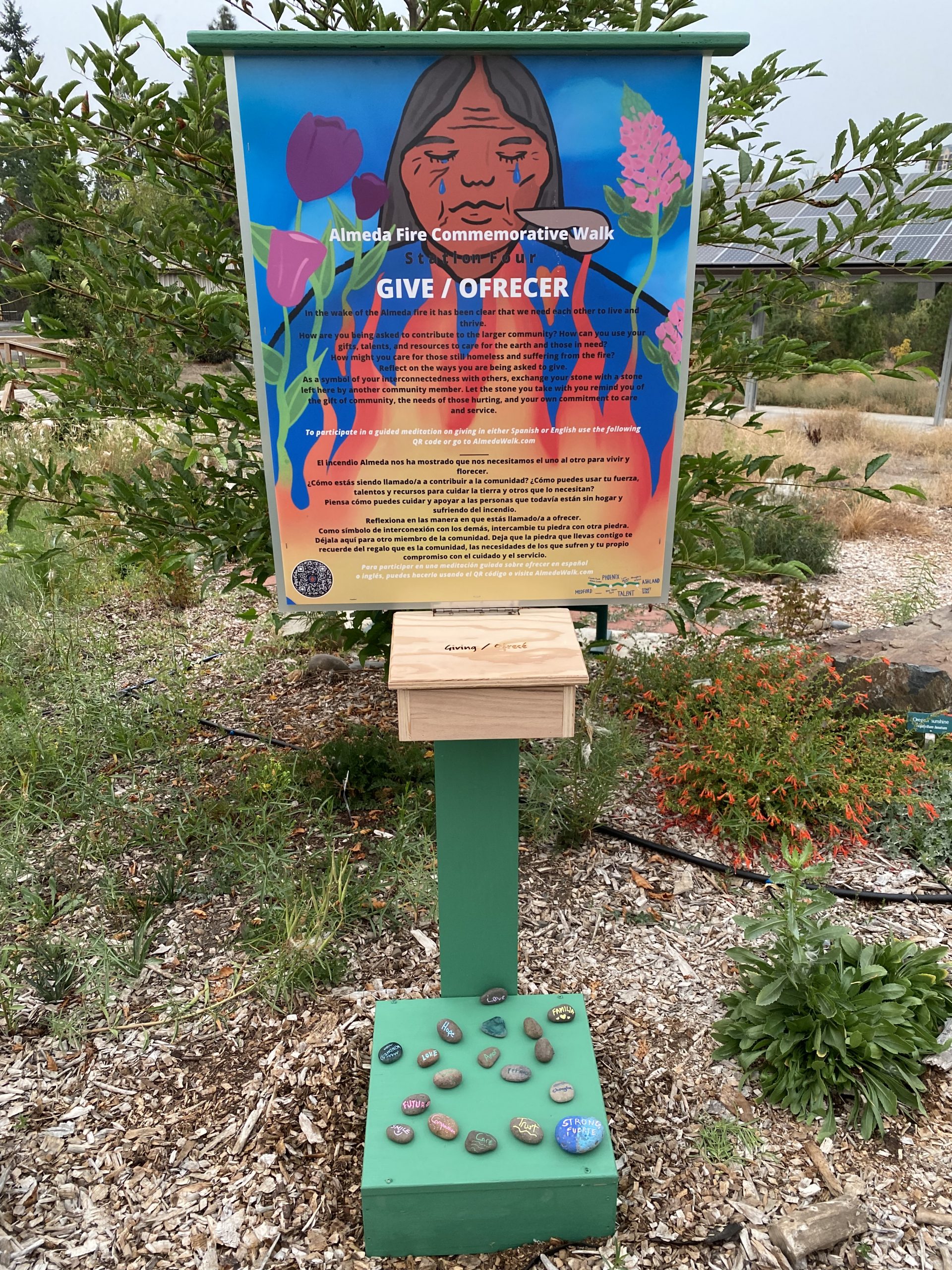 A year ago, the Almeda Fire raced up the Bear Creek Greenway from north Ashland to south Medford. More than 2,500 residences and almost 200 businesses were destroyed. Thousands of Rogue Valley residents were uprooted and traumatized as the community came together in significant ways to help one another and heal. That healing continues.

To mark the anniversary of the Almeda Fire, a group of local community-builders and organizations including The Hearth, Talent Maker City, and De La Raiz – with support from the cities of Talent, Phoenix, Ashland and Medford – have created an interactive, participatory commemoration that begins tomorrow, Wednesday, September 8, and runs through the end of September.

The Almeda Commemoration Walk is a self-guided, reflective, bilingual set of activities placed along eight (8) miles of the Bear Creek Greenway. Participants are invited to walk, bike, or drive to four points of reflection designed to help local residents process the past year. The commemorative walk follows the route of the Almeda fire:

Each corresponding “station” will have links to audio meditations in both Spanish and English accessible from a mobile phone. At various points, those who travel the Greenway path will be invited to use their phones to connect to special performances to commemorate the anniversary. For those unable to access the Greenway, you can participate in the meditative activities and view performances online at www.AlmedaWalk.com

Subscribe to our newsletter for the first notice of upcoming Hearth events!